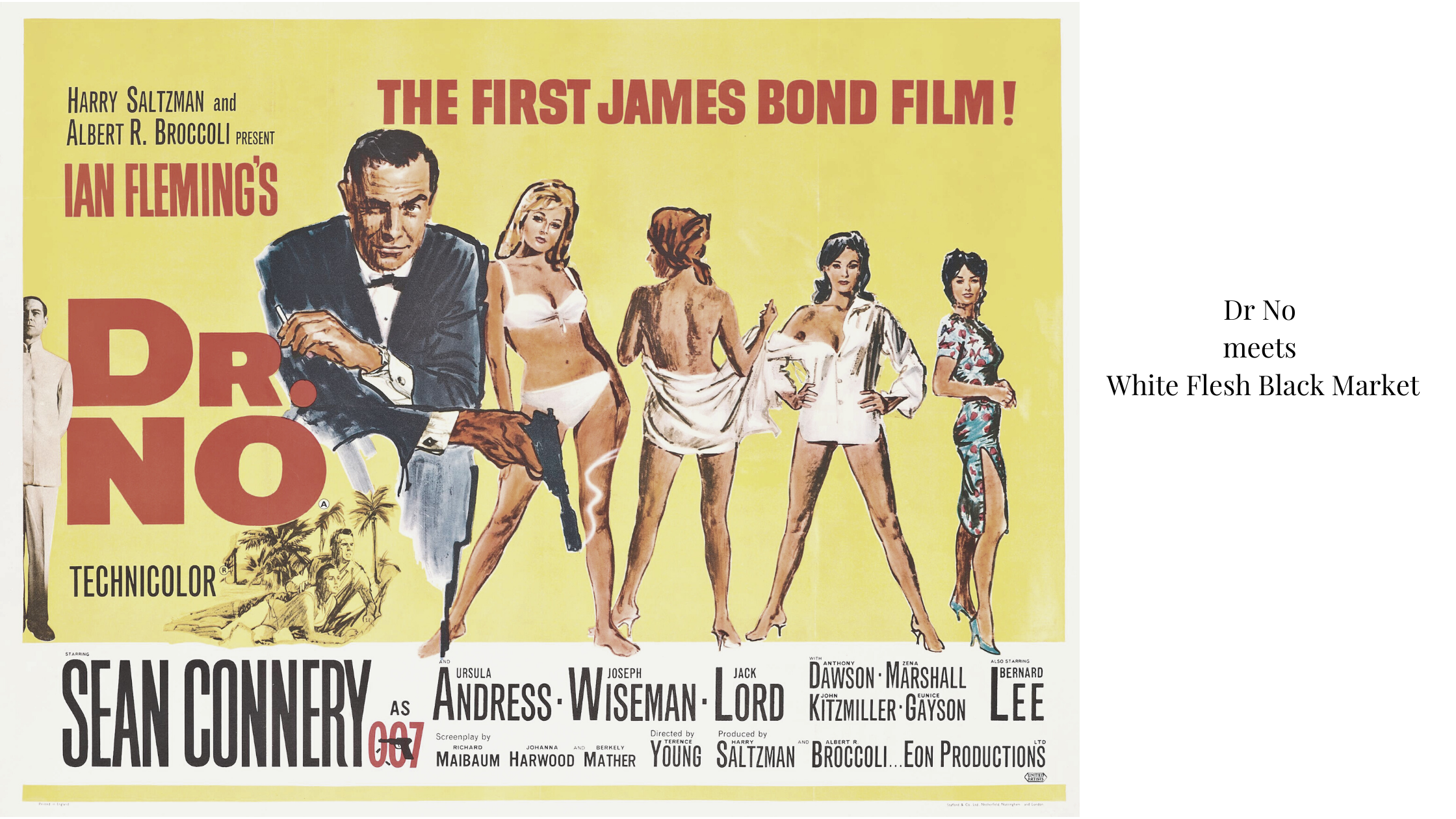 We watched Dr No again the other night as a team-building exercise (!) and were amazed once again at the connection between Dr No and Barbra Novac’s White Flesh Black Market Book One. She always told us it was a direct homage, but we had forgotten just how much of a homage until we watched the film again.

However, we do love our Bond films, even all these post-PC years later. We only wish Ian Flemming was willing to write some hardcore into his softcore and the books would have been even more than our favorites.

Fortunately, Barbra picked up the baton on that one and gave us one hell of a bout of make-up-sex.

Fun fact: Arras Dulness, the woman who has an affair with Mercedes Merlin is an anagram of Ursula Andress. We won’t give you any more of the similarities as they contain spoilers. We’ll just say, if you’re a Bond fan, you’ll love these books!