The sex scenes of Dr No

Dr No has some of the most famous Bond moments, possibly because it is the first time Bond hit the big screen. Given the event was a little touch and go because the studio and writers fear the choice of unknown actor Sean Connery might not be the right one, the legend status grew with the subsequent success.

No one could know at the time that the star would become one of the biggest film franchises in history. Mostly because we were all too busy getting caught up in the hype and excitement of the spy who is ‘Licensed to Kill.”

With this sort of setup and history, it’s no wonder there are so many iconic sex scenes in Dr No that went on to become famous. Here is a list to remind you, plus a little bit about why the scene might have remained so firmly in our memory. 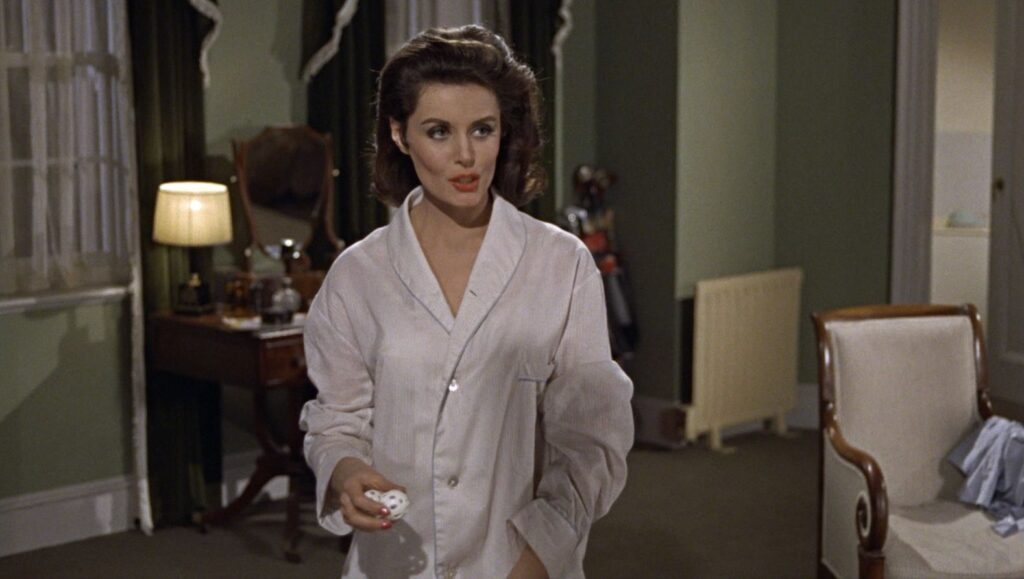 Sylvia Trench. The hook up with Sylvia trench (played very well by Eunice Grayson) is probably the most important love scene in any of the Bond films because it is the first time, we meet James. The iconic “Bond. James Bond” is directed toward her. When Sylvia meets James Bond, we meet James Bond. Sylvia is the first to acknowledge his luck, she is the first to recognize his smarts and she is the first woman to throw herself at him. When he returns to his room, she is standing there naked but for his shirt, playing the golf game they were meant to enjoy the next morning. Bond was going to stand her up, but Sylvia would have none of that. She got a nice big slice of Bond pie before disappearing from the screen as the story really gets going. She is one of the very few women who turned James Bond from his trajectory, making him late to investigate John Strangways. 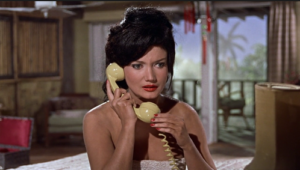 Miss Taro. This mini affair is important because it’s the first time we see James Bond use a woman to advance his case. With Sylvia Trench he was distracted. This minor infraction is soon righted with the coldhearted use of Miss Taro to cut the crap and get to the heart of the matter. Sleeping with her leads him to Dent who then leads him to Dr No. She is a pawn in his game and we see a James Bond comfortable with using his sex appeal to get what he wants from a woman. She is bundled off to the police in the end in a cool swift move that gives Bond a cool edge over other spies. 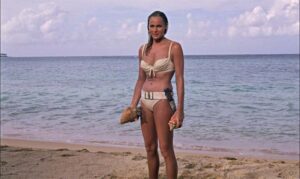 Honey Ryder. Of course, the iconic Ursula Andress as Honey Ryder. There is no formal sex scene until the famous rope release scene at the end, as Bond refuses Felix Leiter’s help in getting the stranded pair back to shore. Honey Ryder oozes sex appeal that made her iconic (and kick-started the bikini trend) but It’s all very non-consummated and frustrating until the very last seconds of the film. She spends the entire second half of the film in a white bikini, a wet white shirt, and then a tiny cheongsam gown. It’s all about her legs and her boobs, but then she’s beautiful as well. She is the prize for a job well done, the delicious tidbit Bond won’t get to sample until he’s finished work. This woman will become a stereotype that will be transformed into a meme staple of the Bond franchise. Honey Ryder is for sure, the Bond girl that launched a thousand franchises.