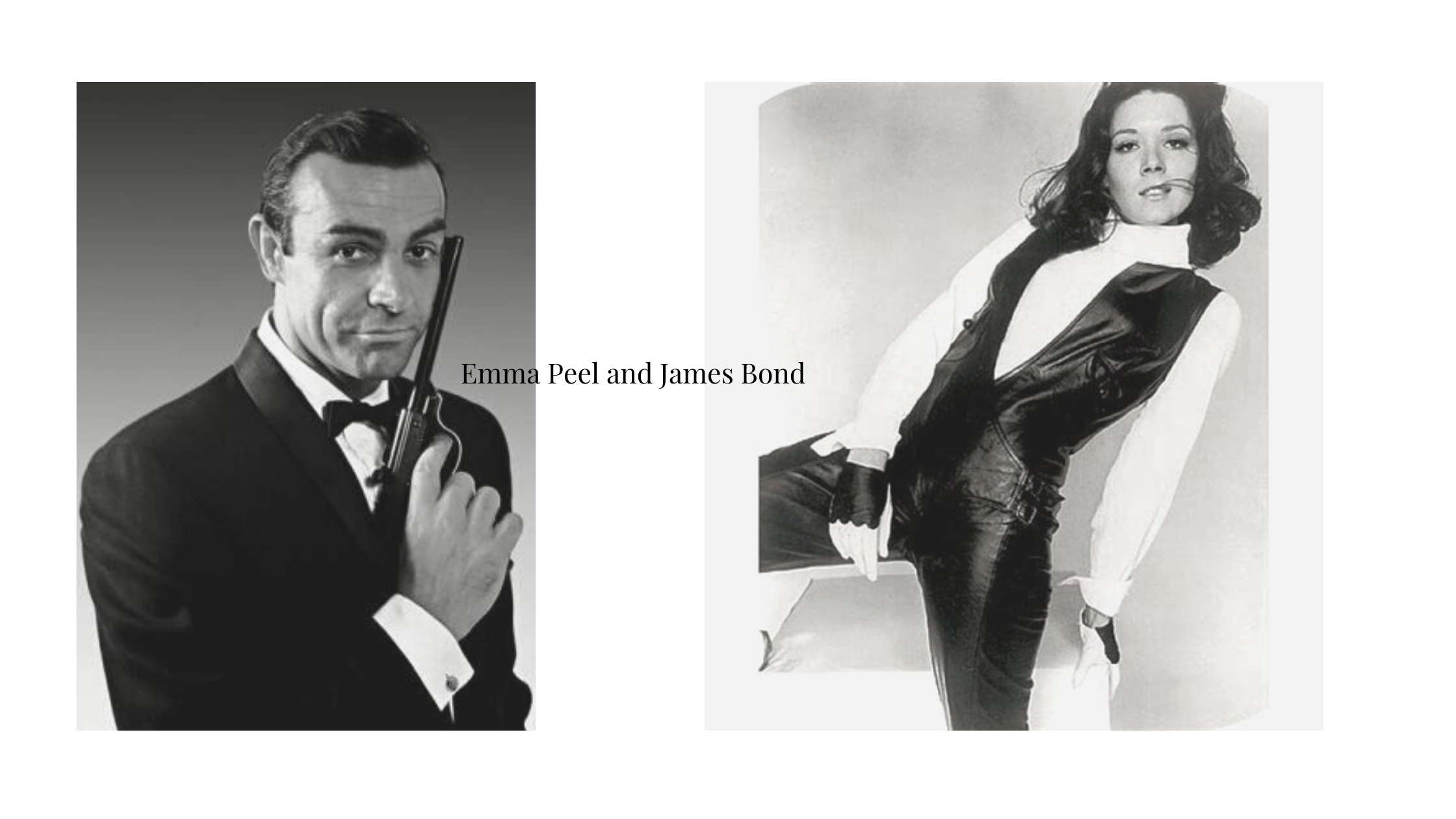 In 1998, Toby Miller, then a New York University film professor offered this quote to The New York Times:

Mrs. Peel was the ideal broker of the UK into the swinging world of the ’60s. She exuded the same style, confidence, and beauty that were central to the abiding appeal of James Bond.”

This comparison between Emma Peel and James Bond made some sense to us. Both the characters offer a sense of style and savoir-faire that extended from chic bar culture through to the complex details of international espionage. Both dress very well and both had their sometimes corny lines delivered by impeccable, sexy performances that brought their own style to the character.

By the time Diana Rigg hit the small screen as Emma Peel, the world had seen Sean Connery as James Bond in Dr. No, From Russia With Love, and Goldfinger. Emma Peel arrived in October 1965 and Thunderball turned up on our big screens early December that same year.

Mrs. Peel was a perfect ‘chick’ bond back when it wasn’t an insult to experiment with gender types. Essential to her cool look was a combination of Mod, Avant-Garde, fetishistic fashion elements that gave the television program a modern edge.

Did Mrs. Peel influence James Bond? Well, it was four years later that Diana Rigg left The Avengers to pursue a career in film and theatre. Her first big role was to play Tracy Bond in On her Majesty’s Secret Service opposite George Lazenby.

Diana Rigg, the woman who played Emma Peel for the previous four years, remains the only woman to have married James Bond.