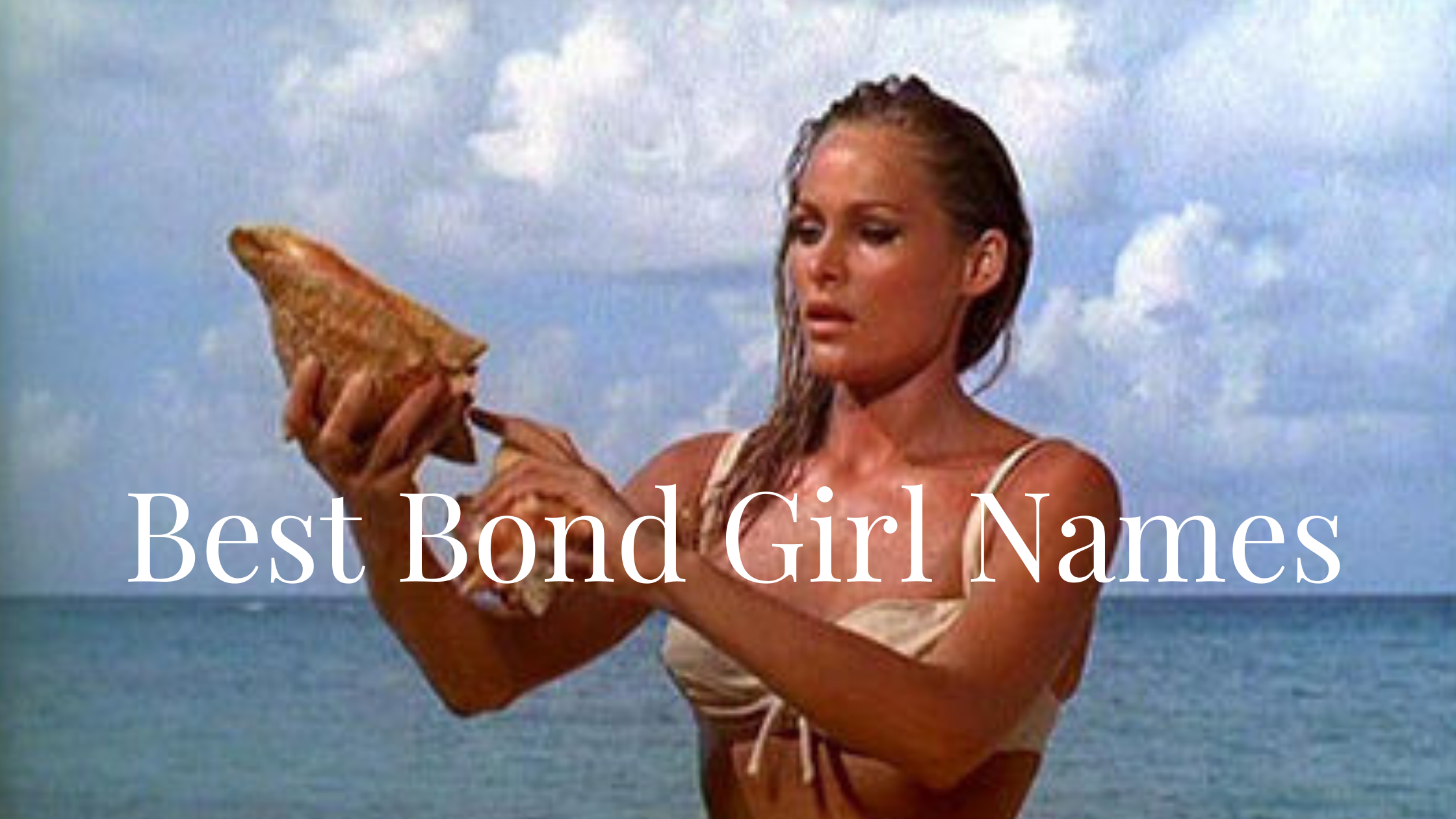 We asked barbra Novac to tell us a little about the funny charactrer names she came up with in the White Flesh Black Market Series, and she wrote the following for us. To buy a copy of the books, go to our book page. Keep reading to get some insight into those hilarious Bond Girl Names.

My three protagonists, Porsche Marlowe, Aston Knight and Mercedes Merlin are based on The Baroness Penelope St John-Orsini, Emma Peel and Modestly Blaise. Along with Charlies Angels, Wonder Woman and a few others, these were the super heroes I loved as a girl.

One of the most unmistakable homages, is my use of naughty names for my secondary characters.

Names like E. Jack Ulayte and Fonda Dix seemed essential when I was creating characters. To give my characters cheeky names seemed as natural as giving the girls Go-Go boots.

The James Bond films I’ve modeled the books on used these names to inject eroticism when everyone had to be a bit careful about what was said on screen. So these names inserted an essential irony that gave us permission to laugh at something cheeky without needing to question the ethics behind the literary device.

My favourite White Flesh, Black Market names are Berry Munch and Stacy Reckt, but there is no doubt about it, I had the best time coming up with some names comparable to the cheeky bond girl names.

When AJAX Books asked me to compile a list of my favourite James Bond Girl naughty names, it was a joy to hop back into the films and look and laugh again.

Here is a list of the names I think are the absolute best.

These are the names I used as the key to understanding how to use sexy and funny in a single word.

I don’t care what anyone says, Chew Mee is my absolute favourite. Chew Mee, portrayed by Francoise Therry in The Man With The Golden Gun is swimming in a pool in Hai Fat’s estate. James Bond is posing as Francisco Scaramanga in order to infiltrate Hai Fat’s estate and solve the mystry of Gibson’s murder outside the Bottoms Up Club. When Bond sees Chew Mee, she invites him into the pool with her for a swim. When he says he doesn’t have a bathing suit, she replies that she doesn’t have one either. He is unbuttoning to get into the pool when Hai Fat arrives. Best Bond girl name ever!

Plenty O’Toole is played by Lana Wood (yes, Natalies sister) in Diamonds Are Forever. This is the first film to offer up American Bond girls, and the effort is considered to be a bit poor. Jill St John’s character Tiffany Case is widely considered to be the worst ‘Bond Girl’ because she is so ditzy and Plenty O’Toole gets wrapped up in that aesthetic. However, the line “Named after your father perhaps” delivered as a casual afterthought by Sean Connery and her purple dress with the plunging neckline make the name work as a very clever twist on the overt sexualization of previous Bond girl’s names. I’ve always thought it was very clever.

In a marvelous performance by Lois Chiles, Holly Goodhead develops slowly throughout Moonraker to eventually be the one who drives the space shuttle shocking Roger Moore’s James Bond. She is one of the first really intelligent Bond girls, made all the funnier by her openly sexual name. She was always a personal favourite of mine. Aston Knight was not a direct homage to Holly Goodhead but now when I watch Moonraker I can’t miss the influence.

The first and most iconic Bond girl is Ursula Andress’ Honey Ryder from Dr. No. Outrageously beautiful, fiercely independent and solely responsible for moving the bikini into the mass market, the influence of this character can’t be underestimated. It’s not hard to work out that my character Aras Dulness is an anagram of Ursula Andress. Aras is a lesbian woman who forms a powerful relationship with Mercedes. Honey Ryder is the direct influence here and I had many a pleasant moment writing their sexy love scenes. I’ve always loved this character, and felt Ursula did a great deal with very little. Particularly when you realise she had no acting experience.

If Honey Ryder is the most famous Bond Girl, Pussy Galore has the most famous Bond girl name. Honor Blackman, who was an outspoken feminist, had the good fortune to play both Cathy Gale in The Avengers and Pussy Galore in Goldfinger. Both characters are strong female empowerment types, even if Pussy does get ‘turned’ by James Bond. If you remember, Pussy Galore leads a troupe of female pilots called Pussy Galore’s Flying Circus whose task is to execute Auric Goldfingers ambitions to corrupt all the gold in Fort Knox so that his gold supply becomes more valuable. It’s a great role, and offers a strong female lead. The sexiness of her name only added to the originality of her character.