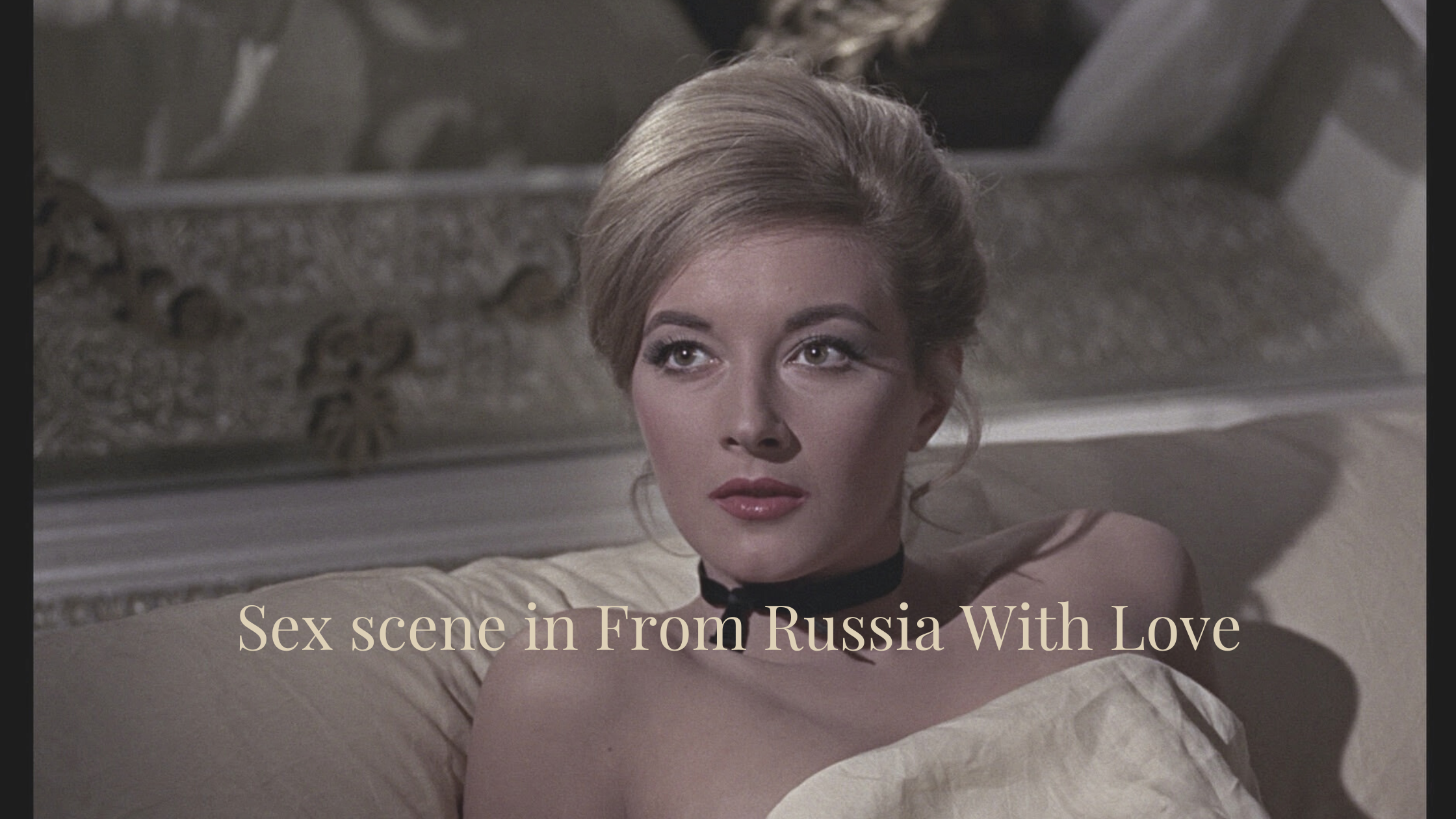 The primary sex scene in From Russia with Love is the result of some masterful writing by Johanna Harwood and Richard Maibaum that becomes properly fulfilled by director Terence young. In a single scene we are moved to fear as we see James Bond in his hotel room fearful of a stranger sneaking around. When we realise the person in the bed if Tatiana Romanov we are seduced by her nakedness and the black ribbon around her neck. We are carried along by the sexy banter and physically attractive couple until the very last scene when we realise to our horror that James and Tatiana are being filmed by the scary and dangerous Rosa Klebb for SPECTRE.

The journey from terror, to titillation to trauma takes around three minutes and is a wonderful example of the way a film can play with the emotions of the audience.

This scene plays at the intersection between fear, sex and violence in a way that the clumsiness of horror movies overplays. In this scene we are really treated to a small journey that uses our emotions against us in a game of cat and mouse.

We liked it a lot.

You can watch the scene here: