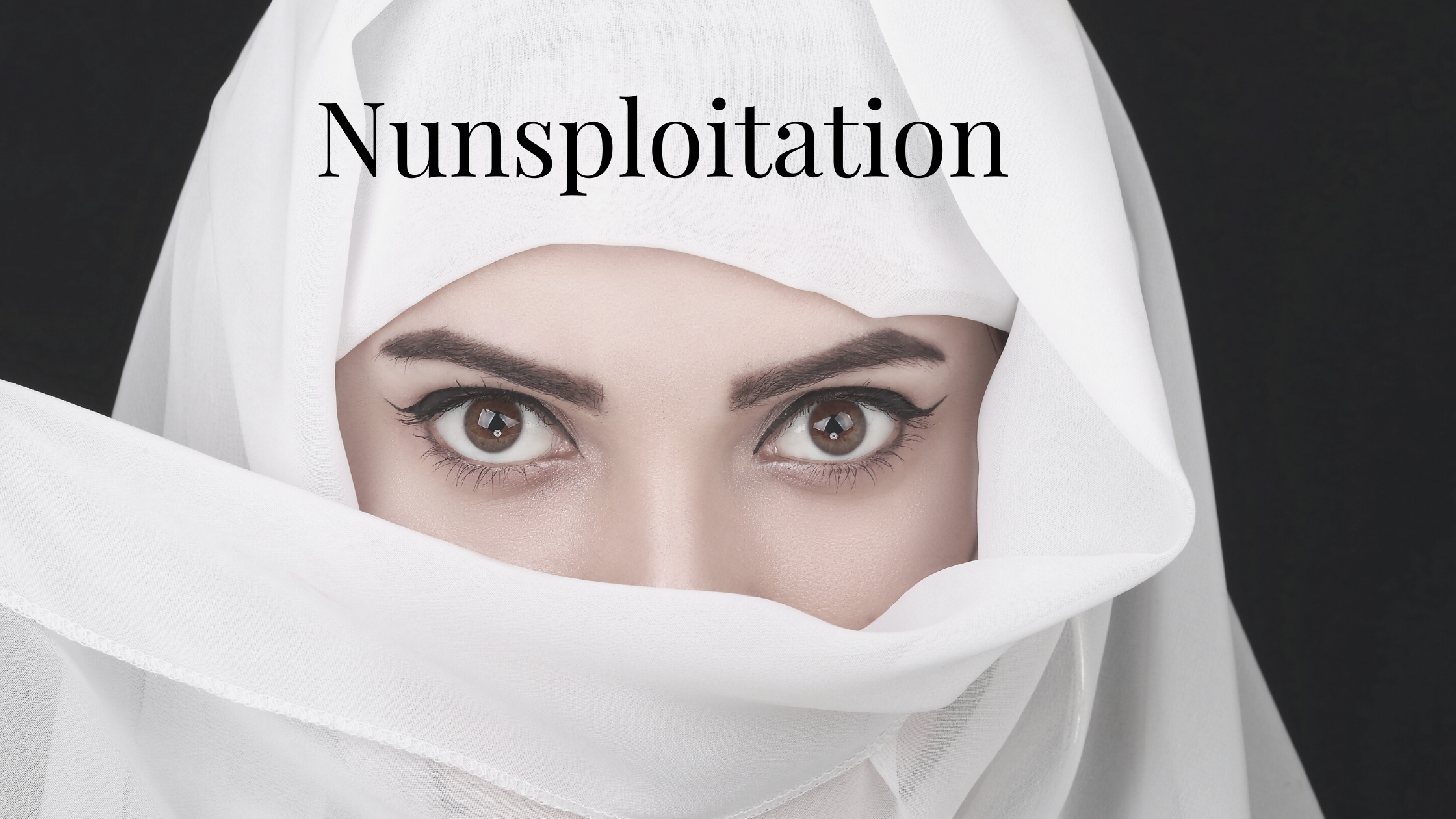 Nunsploitation is a specific style of exploitation film that was very popular in Europe in the 1970’s.

Part of the sexual revolution of that era, it was always more popular in countries where Christian Churches and Catholicism in particular held power over the populace.

Watching videos of Nun’s having sex or reading nun sex stories is thought to be a backlash against sexual restriction that might be imposed by a church or set of religious beliefs.

Those who are stimulated erotically by the idea or image of Nun’s having sex often have religious backgrounds.

Nun Sex as a revolution

In this way, Nunsploitation films are a kind of revolution, or resistance if you will. Something we here at AJAX Books feel pornography and sexploitation is well placed to facilitate.

The main conflicts of Nunsploitation films are usually religious and sexual in nature and usually include criticisms of sexual suppression and religious oppression.

Certainly, our favorite Nunsploitation novel, Barbra Novac’s All For Nun, follows this formula well. A young woman sent by her father to a convent where she is taken advantage of by other nuns and wayward priests is a typical plotline.

As with many of Barbra Novac’s books, there is a female liberation component as a young put-upon woman manages to find lust with other women and a voice for her own freedom.

We love Nunsploitation here at AJAX Books and intend to publish more in the future.

To buy All for Nun go here.

To read more on the Wikipedia page, go here.