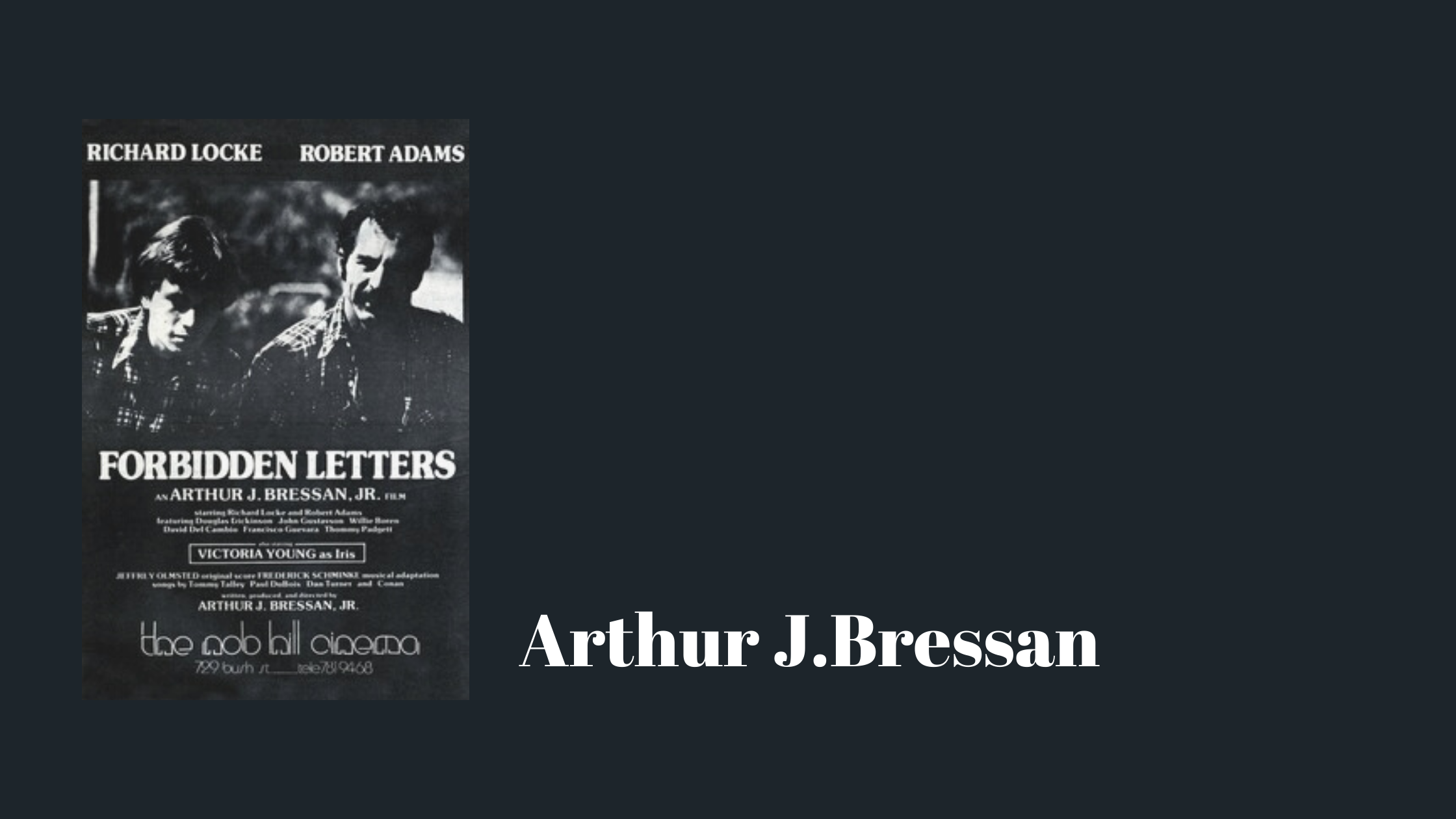 We here at AJAX Books really like PinkLabel.tv and were excited to find they were featuring some of the films of Arthur J. Bressan in August.

Arthur J. Bressan is a great Queer filmmaker. We read a lovely retrospective in Boy Culture this week written by a friend of his, Michael Bronski. Here is the opening paragraph with comments from the editor:

Editor’s Note: One of the pioneers of independent gay cinema in the 1970s and ‘80s, Arthur J. Bressan Jr. is best known for his devastating 1985 drama, Buddies (the first feature film about AIDS) and his groundbreaking 1977 film Gay USA (the first documentary by and about LGBT people). Working across multiple genres including documentary, narrative, adult and short-form filmmaking, Bressan’s boldness and artistry as a writer-director earned him both acclaim and controversy over the course of his decade-long filmmaking career. Bressan died of AIDS in 1987. The majority of his films have long been unavailable. The Bressan Project is currently undertaking efforts to preserve and make them available once again and has now re-released Buddies, Gay USA and his 1974 debut feature, Passing Strangers. Bressan’s 1979 feature Forbidden Letters will also be available via the PinkLabel.tv platform starting August 22.

Be sure to catch the films. We here at AjAX Books feel very strongly that Adult films and books are an art form and we feel filmmakers like Bressan are underappreciated.