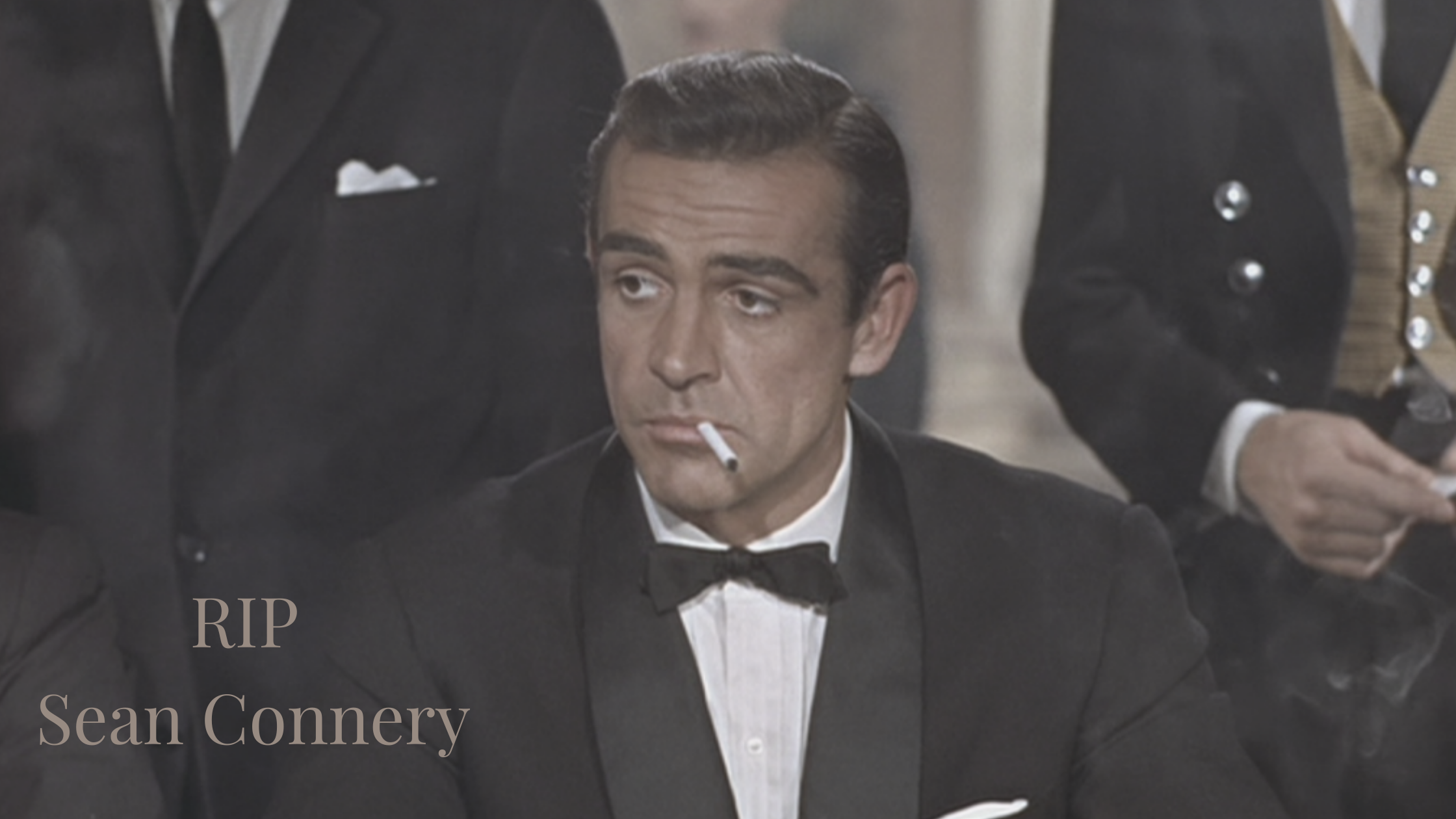 He was by far our favorite Bond. Of course, he wasn’t ‘just James’ there were so many other wonderful films he blessed us with. So many other brilliant characters he brought to gracious life on the screens.

But for us here at AJAX Books, Sean Connery will always be the greatest James Bond. We have no problem with any of the others (and still love the movies) but his “Bond. James Bond,” passed into legendary film status. He was the one who created the super spy. Even Ian Flemming didn’t know who James Bond was and how iconic he could be until Sean Connery played him in Dr No.

We here at AJAX Books love the Bond films. It is our devotion to those films and others of their type that led us to publish parody erotica of the genre.

We are terribly sad that the time Sean Connery had is over, but we are so grateful to have been able to share in his work as his audience and to have shared the earth during the time he was here.

R.I.P. Sean Connery. Thank you for the work. You will be dreadfully missed.