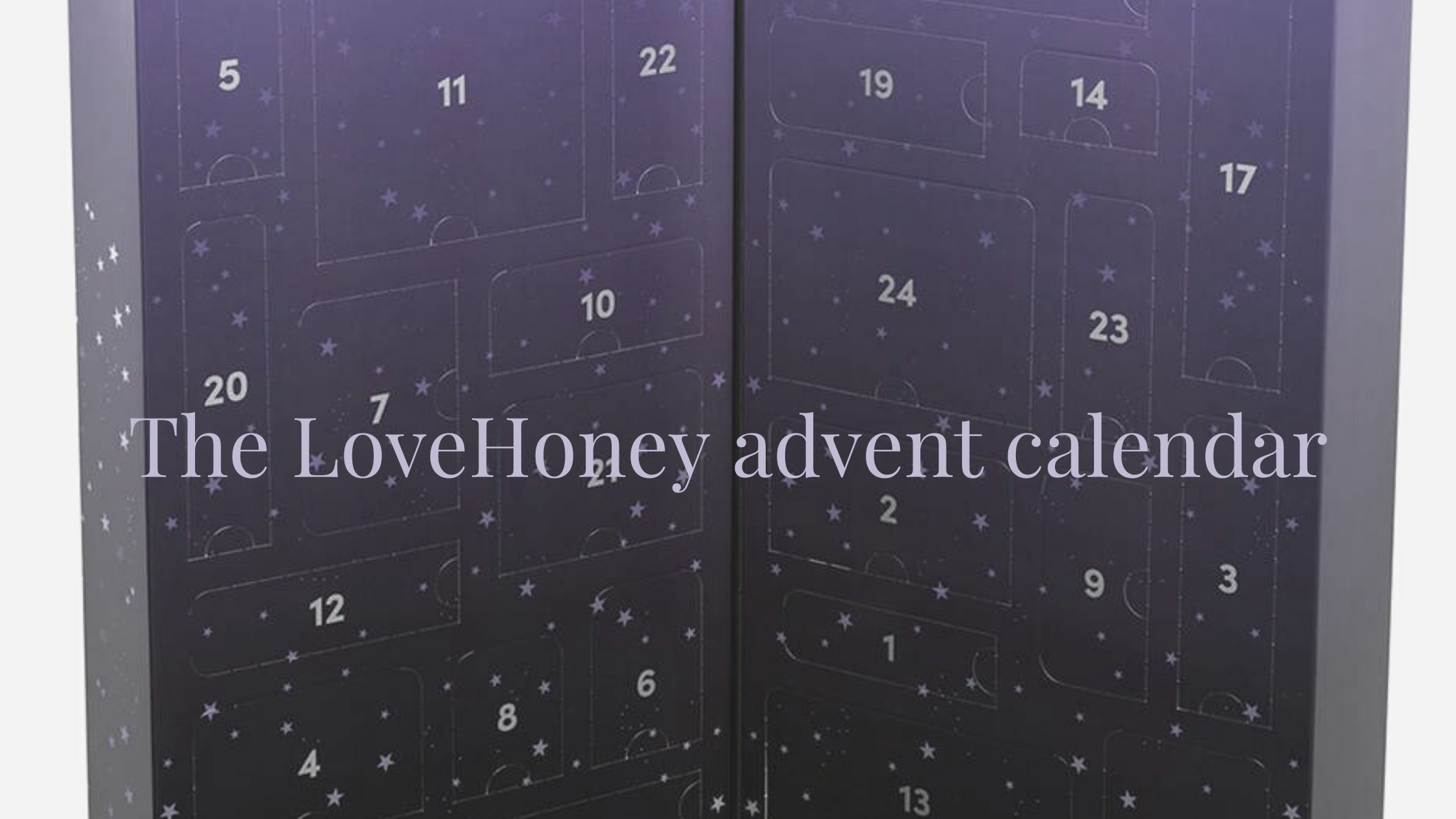 We don’t usually like to shamelessly promote products, but every now and then there is something that catches our eye that we think has some merit.

Lovehoney have come out with a lovely idea. They have made a sex toy advent calendar. A lot of people are experiencing stress at the moment, what with tough economic times and dubious pandemic gossip and the very real health crises we are facing across the world.

Sex is part of the answer to stress, but one of the ironies of sex is that stress can reduce and remove your desire for sex. Stress therefore can eradicate It’s own antidote before you even know you are stressed.

A fun little happy sex toy event like this, means those in a relationship can give each other the gift of a fun and magic sex life throughout the month of December.

We thought it was a wonderful thing to do at Christmas this year.

We are not affiliated with Lovehoney in any way, nor do we gain in any way from this post. We just like the idea and wanted to give it a shoutout.

We ran a suggestion a few weeks back that our blog readers take Coleen Nolan’s ‘Sex during lockdown’ survey advertised in The Mirror.

The results are in.

You can read them here.

We decided to post them as well, because frankly, the UK is doing well in the relationship department.

What do you think of the results?

Have you argued more with your other half during lockdown?

How serious would you describe your rows?

We argue over domestic chores, like who takes the bins out.

I’ve started to question the relationship and I’m thinking of leaving.

Has spending every day together brought you closer?

Of those who said they have grown closer during lockdown:

50% said they’d loved the chance to spend lots of time together without many distractions.

48% said they’d had more meaningful conversations, including about our relationship and our future plans.

Has lockdown changed what you want from your relationship?

Of those who said their future plans had changed:

46% were planning to be kinder to each other and more open to the other’s point of view.

44% are determined to do more things together when lockdown is over.

23% have made a huge decision – e.g., moving house, travelling, getting engaged or starting a family.

Has lockdown given your sex life a boost?

For those enjoying a sex boost:

56% said hitting the pause button on busy lives has given them more opportunity to get intimate.

43% said they were less stressed, so their sex drives were on fire!

33% said they’d tried new things in the bedroom – and in other parts of the house – to keep things interesting!

49% of couples who feel lockdown has brought them closer together said their sex life was better, compared with 10% who haven’t been feeling closer.

Has sex gone off the boil since lockdown or slipped off the agenda altogether?

For those whose sex lives had suffered:

50% said sex was patchy and boring before lockdown and this has finished it off!

48% said all the changes in their lives mean they had more to worry about than sex, plus they were always too tired at bedtime.

9% said seeing their partner in sweatpants 24/7 and putting up with their horrible habits is a total turn-off!

Have you made an effort to keep romance alive, e.g. date nights at home or spicier sex?

Of those who said yes:

23% said at least once a week they dress up nicely for each other, cook a special meal and have a proper conversation, just the two of them.

65% said they’ve been doing small things for each other – e.g. making a cuppa, sending sexy or romantic texts when we’re working, trading massages and snuggling up together more.

58% of those who have made an effort said their sex lives had improved compared with 21% who hadn’t.

Has coping with kids in lockdown affected your relationship?

59% said the kids are always around, so there’s no time or space for them, except when the kids are in bed and then they were too exhausted for sex!

57% of people who said coping with
kids had affected their relationship also said their sex life had gone off the boil.

26% said their parenting styles were very different, which has led to rows.

17% said their partner has taken on less of the childcare, leaving them seething with resentment.

Has lockdown changed your view of your relationship?

Of those who said it had:

42% said on the whole, they have a good, supportive relationship but there are areas they needed to work on.

30% said they’d realised how lucky they are to have their partner and won’t take them for granted when this is over.

28% had realised they are incompatible in lots of ways and either need to get help or get out!

Has lockdown put lots of extra stress on your relationship?

Of these with extra stress:

38% said they’ve tried to ignore it and hope that when lockdown is over things will get better.

37% said they’ve been able to talk about it together and realise they need to be more patient with each other.

20% said they’ve talked it over with friends and taken lots of long walks, which usually makes them feel better.

5% said they had reached out to a professional organisation for advice and support.

68% also said their sex life had gone off the boil. 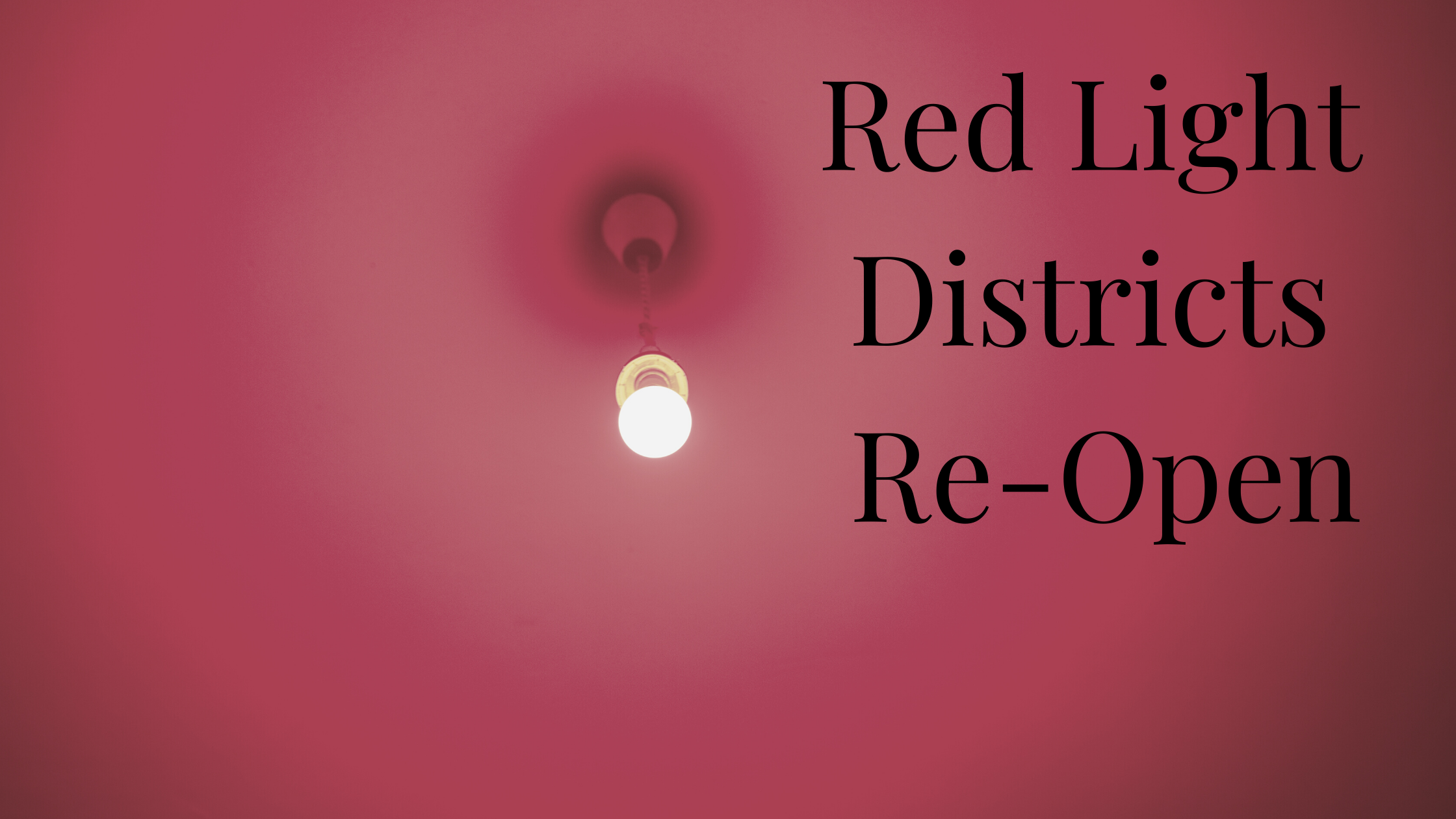 What does it look like when sex workers return to their night jobs in a post COVID-19 Lockdown? The answer to that is clean, clean, clean.

No kissing is allowed according to an article we found in Business Insider Australia, but neither do the sex workers have to wear masks.

It’s all about clean surfaces and disinfectant.

Amsterdam’s red-light district has re-opened to the public again after the COVID-19 cases have declined significantly, bringing that date forward to July when previously it was set at September.

Most important, sex workers are not intending to treat customers with flu-like symptoms, and all surfaces will be wiped down between appointments.

For sex workers and brothel owners, none of these restrictions are too worrisome, as they were in the habit of this level of hygiene, anyway.

Here is an article in Business Insider Australia that goes into more detail. As usual, we have no affiliation. 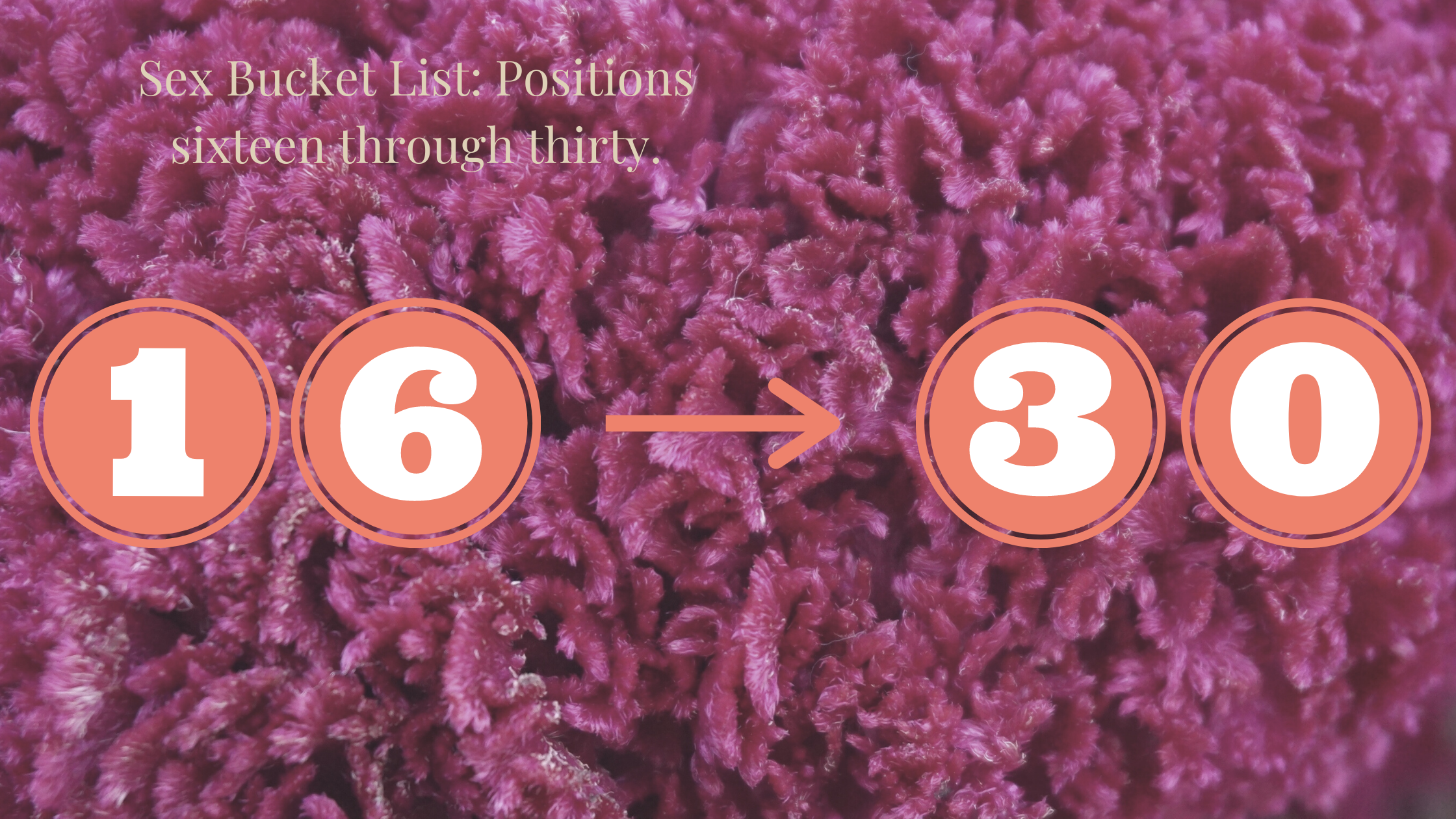 We are here again with the Tracy Cox bucket list. Of this particular set of fun activities, our favourites were talking dirty, which we absolutely believe everyone must do at some point (or all the time) and going commando. All of us here at AJAX Books picked those two unanimously. We were divided on the third of our choices.

We thought that was interesting.

What we do agree on, however, is the value of creating this sort of bucket list. It’s one of the reasons we are replicating the entire list this week.

Please note. We are not affiliated with Tracy Cox or the Daily Mail, we just liked the article and wanted to spread it around.